Errol Spence Jr: If I can’t get past Danny Garcia, something is wrong 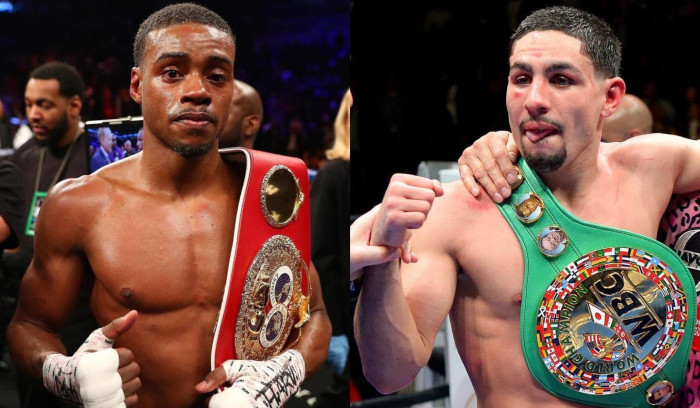 Following his final press conference before he squares off with Danny Garcia this weekend, unified welterweight titleholder Errol Spence Jr. sat down with Marcos Villegas of Fight Hub TV to talk about how far he’s come on his road to recovery and his expectations for the fight. Check out some quotes below.

Spence on his return to action:

On how he plans to approach this fight against Garcia:

On wanting to dominate Garcia in a way that he never has been before in order to prove a point:

“I think it’ll say that I’m back and I think people will know that my focus is 100% there and I’m the real deal, I’m the best in the division.”

On Angel Garcia predicting him to get knocked out in the 7th:

“(Laughs). I don’t care about that. If they can get a 7th round knockout then that’s what’s up, but it’s not gonna happen.”