Jon Jones: It doesn’t feel good to be booed 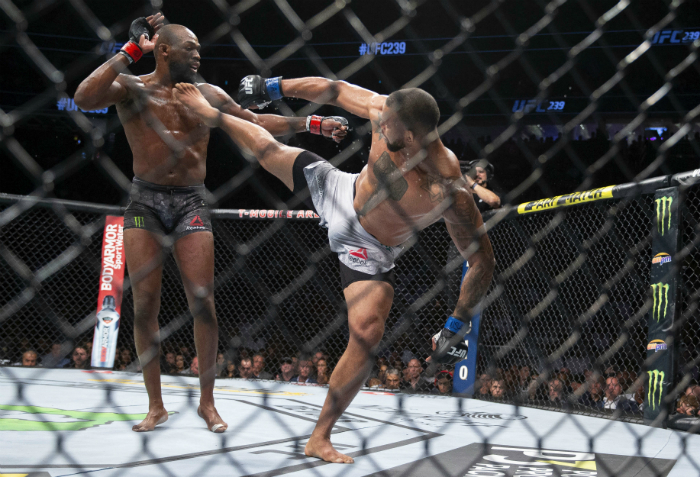 UFC light heavyweight champion Jon Jones didn’t impress with his performance against Thiago Santos on UFC 239. He lost on one of the judge’s scorecards for the first time on Saturday.

“It would be disrespectful to my gift, to myself, no way. I feel like that’s a very rookie move to start switching up your strategy because someone’s booing you.”

“Tonight I found myself out there playing this game that I’ve been doing all camp, which is just making sure I’m not getting hit instead of countering back right away or going to the offense,” he said. “So it was a lesson learned for me. I need to not only be sure to be just out of reach of punches and strikes, but I need to be retaliating. I got to get back to punching my teammates in the face.”

Jon Jones sees a super fight with Daniel Cormier in the horizon:

"When the UFC is ready for the fight, they know they have two guys who are willing and able, and they'll approach us."

“So yeah, defense did win a championship tonight, and some good offense too, though.”

“Bones” plans to return to the Octagon at the end of the year.

“I need to talk to my coaches about just making sure that I stay fired up. Tonight I was just so relaxed,” Jones said. “I was talking and laughing and dancing and I wasn’t scared to come out here and work. And that could be a bad thing. You’ve got to be terrified a little bit to be sharp and I just felt so comfortable.”

“It was working against me tonight. I had no sense of urgency to overdo anything, I was just out there cruising and winning the rounds and that’s not cool. People want to see me go out there and finish people and go hard, so I think that my comfort and familiarity with the Octagon kind of worked against me tonight.”