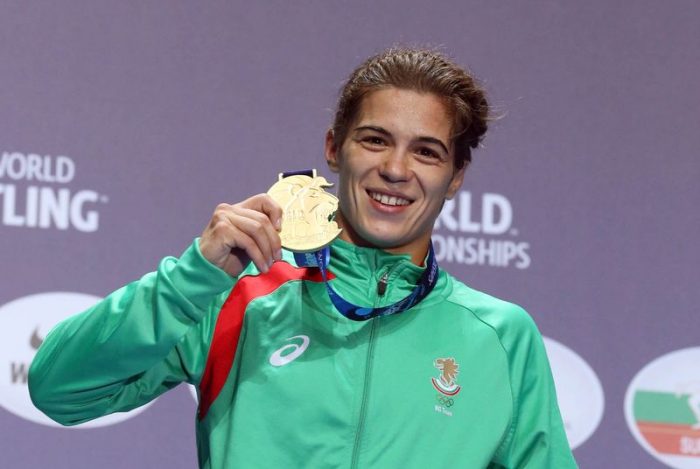 United World Wrestling has released the lastest women’s wrestling rankings after the conclusion of the Continental Championships, and nine gold medalists from last year’s Budapest World Championships sit atop of their respective weight classes. Asia has four top-ranked wrestlers, while Europe and Pan-American countries each have three.

Here are the top-four ranked women’s wrestlers in each weight class after the conclusion of the Continental Championships. Who do you think is a lock 🔒 to win a🥇at the #WrestleNurSultan World Championships? pic.twitter.com/hNG7ShAS52

Of the ten wrestlers sitting atop of the rankings, the lone non-returning world champion that owns a No.1-ranking is the United States, Sarah Hildebrandt. She started the season with 40 points from her world silver medal, then earned 20 points for her Pan-American gold, 14 points for her Ivan Yariguin title, and 12 points for her third-place finish at the Dan Kolov.

Japan’s reigning two-time world champion Yui Susaki sits atop of the world ranking at 50kg with 60 points – but her starting spot for the Nur-Sultan World Championships is in jeopardy. Susaki was forced to pull out of December’s All-Japan Championships after dislocating her elbow at the national team training camp in November, resulting in her missing the Continental Championships.

Japan’s 50kg replacement was Yuki IRIE. Irie went to the Asian Championships in Xi’an, China, and won the Asian title, earning her a No. 12-ranking with 20 points.  For Susaki to regain her spot before September’s Nur-Sultan World Championships and defend her world title, she’d have to win the title at the All-Japan Invitational Championships, also known as the Meiji Cup, next spring, then defeat the winner of the Emperor’s Cup in a playoff.

Say Irie, or any Japanese wrestler at that, happens to stop Susaki from making the world team, Ukraine’s second-ranked Oksana LIVACH (45 points) will move up to the No. 1-seeded wrestler at the World Championships. Livach, the 2018 world bronze medalist, won the European title, capping off her continental title run with a 6-4 win over Miglena SELISHKA (BUL) and added 20 Ranking Series points to her previous total of 25 points.

China’s world and Olympic bronze medalist SUN Yanan (43 points) fell short to Irie in the Asian finals, but still collected 18 points, which is good enough for the third ranking. Azerbaijan’s eight-time world and Olympic medalist Mariya STADNIK (40 points) rounds out the top-four at 50kg with 40 points.  Belarus’ Kseniya STANKEVICH (34 points) will be the beneficiary of a Susaki fallout. Stankevich, who’s in the fifth slot, will move into a top-four seed in Nur-Sultan.

Hildebrandt, whose world silver in Budapest was worth 40 points, finished on the podium at the first two Ranking Series events and the Continental Championships. The American earned 20 points for her Pan-American gold, 14 points for her Ivan Yariguin title, and 12 points for her third-place finish at the Dan Kolov.  The second-ranked wrestler at 53kg is world champion Haruna Okuno. Okuno lost her starting spot, at least for the Continental Championships, to the reigning world champion up at 55kg, Mayu MUKAIDA.

Budapest world bronze medalists PANG Qianyu (CHN) (55 points) and Canada’s Diana WEICKER (CAN) (41 points) are third and fourth-ranked wrestlers respectively in this month’s standings. If Mukaida holds onto Japan’s starting spot at 53kg and knocks out Okuno, Pang and Weicker would both move up one spot, bringing up Ecuador’s Luisa VALVERDE MELENDRES (36 points) into the fourth seed.