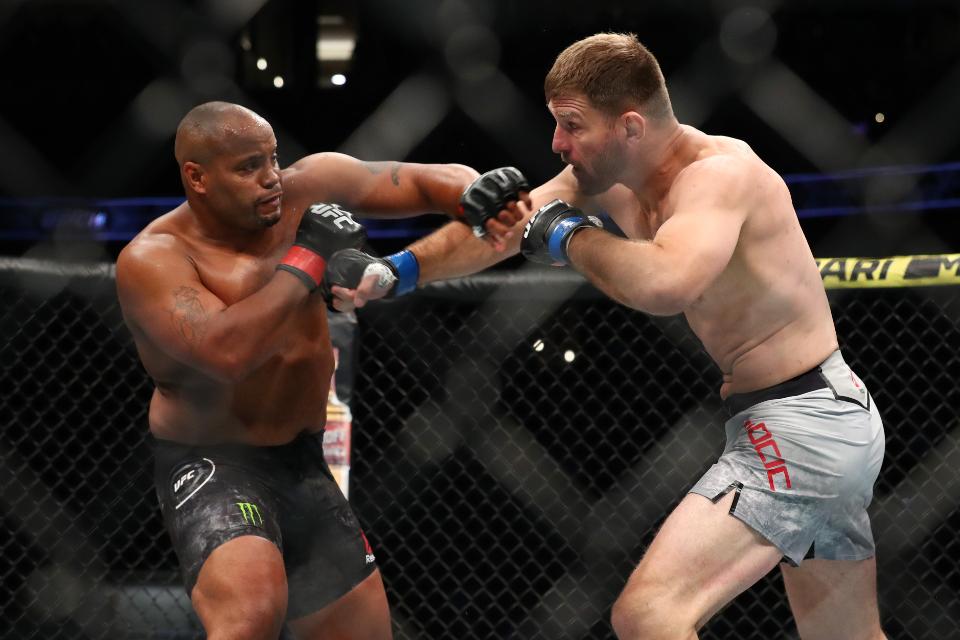 In the final bout of a heralded trilogy, Miocic used a wide range of tools to wear down his foe and retain his title in the main event of UFC 252 in Las Vegas.

There was an eye poke that caused Daniel Cormier to lost his vision in his left eye, so he fought literally with one eye for 3 rounds.

“Honestly, DC is a Hall of Famer, one of the best,” Miocic said. “He made me better.”

The eye poke that Daniel Cormier says caused him to lose vision in his left eye at #UFC252 pic.twitter.com/b6R5DalYoS

“I don’t think there’s a title in my future,” Cormier said. “That will be it for me. I’ve had a long run, I just fought for the heavyweight championship. It was a great fight.”

The heavyweight title bout was the UFC 252 main event at the UFC Apex in Las Vegas.