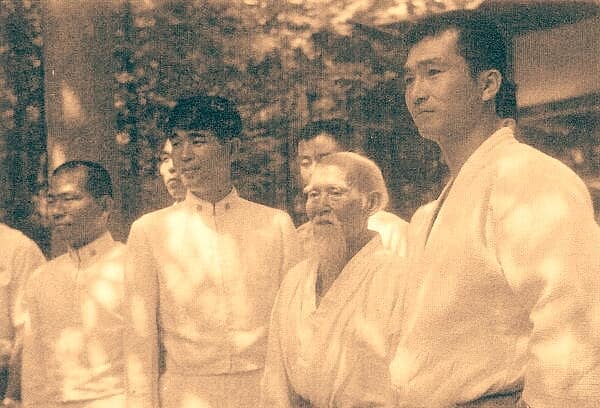 He is becoming more and more famous abroad, especially in the United States, where he teaches frequently. One of his police student, James L. PAULSON (4th dan), directs the Isoyama American Aikido Academy in California there.

Besides teaching at the Iwama dojo, he was appointed organizer of the Youth Aikido Sports Association. Master ISOYAMA is also in charge of the Aikido program of Kagawa University, Yamagata University and the Japan Self-Defense Force Academy.

With Hiroshi TADA , ISOYAMA Sensei is at the origin of the creation of a committee for the construction of a statue with the effigy of the founder, inaugurated on November 8, 2009, in the enclosure of the Aiki sanctuary. The excess material from the work was used to make a bust of O Sensei displayed in front of the newly reconstructed iwama station in July 2012.

Master ISOYAMA, is one of the rare individuals, with Master SAITO in particular, to have studied with the Founder during the period of maturation of modern aikido. Faithful to the UESHIBA family, he holds important positions in Aikikai and in various organizations, such as the Japanese Aikido Federation and the Ministry of Defense. 8th dan Shihan, Hiroshi ISOYAMA is recognized worldwide for his powerful technique (sometimes brutal) and for his famous projections over the shoulder (ganseki otoshi).