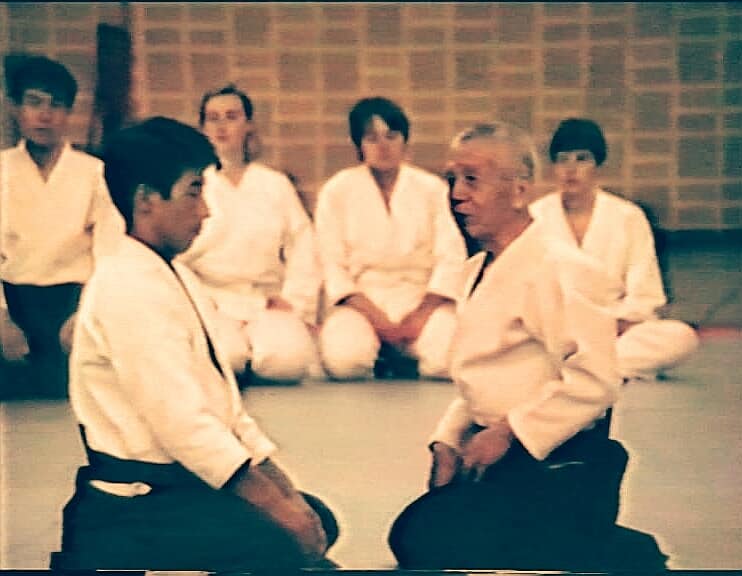 Kisaburo Osawa became one of the most important and influential aikido teachers during the 1950s and 1970s, and was director of the Aikikai Hombu Dojo for many years until 1986 when he was replaced by Morihei’s grandson Moriteru Ueshiba.

He traveled abroad a lot beginning with a 1974 trip to USA. He was one of the major decision-makers in the Aikikai for both foreign and domestic matters.

He served as a major adviser to Kisshomaru Ueshiba and was one of the senior instructors of the Aikikai, where he taught one class a week. His style of aikido was known by his slow circular movements.
His son, Hayato Osawa is currently a prominent Hombu Dojo shihan holding the rank of 7th dan.

Kisaburo Osawa died on May 26, 1991. Leaving in our hearts a great memory.