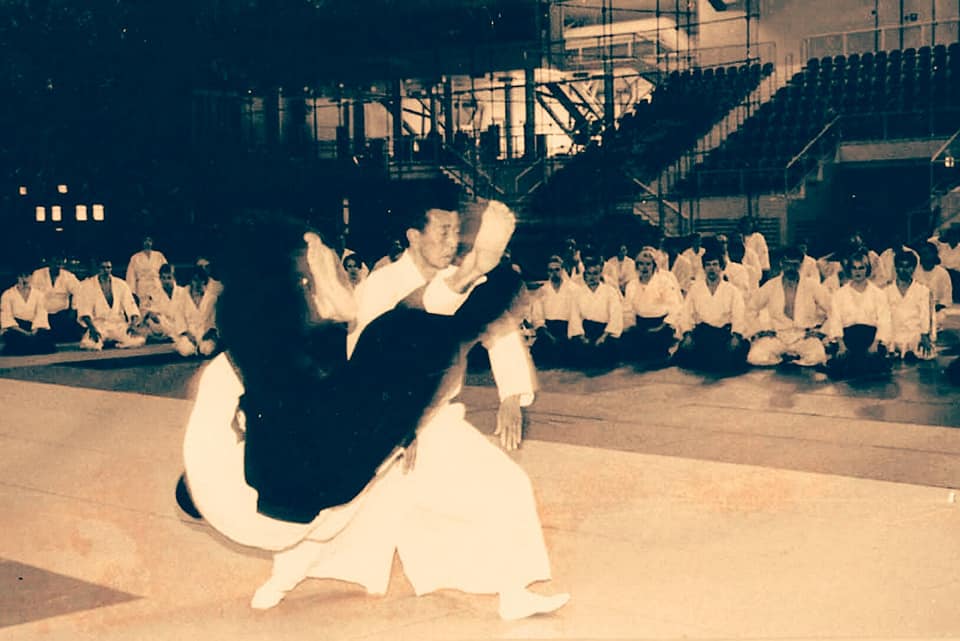 In 1939, the Second World War broke out and separated the two men. During the conflict, Hikitsuchi taught Budo to army officials in Japan and then in Korea.

The war of the Pacific ended, Michio resumes the course of his life in Shingu, he continues the study of martial arts and works as an accountant in a logging company.

In 1949, while he was running a kendo class, the phone rang: on the phone, it was Master Ueshiba, then on a pilgrimage to the sanctuary of Kumano , who asked him to join him! Thus they meet for a night of discussion where O Sensei explains to him that: “the budo did not follow the right direction, that it was practiced with an aim of destruction” and invites him to follow him in his new way: Aikido.

The art of the founder, due to its non-violent nature, is the first martial art to be authorized by the American authorities since the defeat of 1945. Hikitsuchi Senseï immediately decides to give up his work and his martial practices to devote himself exclusively to the construction of a dojo dedicated to aikido. In 1951, he resumed the practice under the direction of O Sensei during one of his visits to the Kansai.

In 1954, after several years of construction and the help of Master Ueshiba, a dojo of 21 tatamis, named Kumano Juku, was finally inaugurated in Shingu.

O Sensei comes to teach there every two months or so. He makes a pilgrimage to each of his visits to the Kumano Shrine, to Nachi Falls and to the Hayatama Shrine.

Wishing to understand all the teachings of the Founder, Master Hikitsuchi record them on audio cassettes during the lessons.