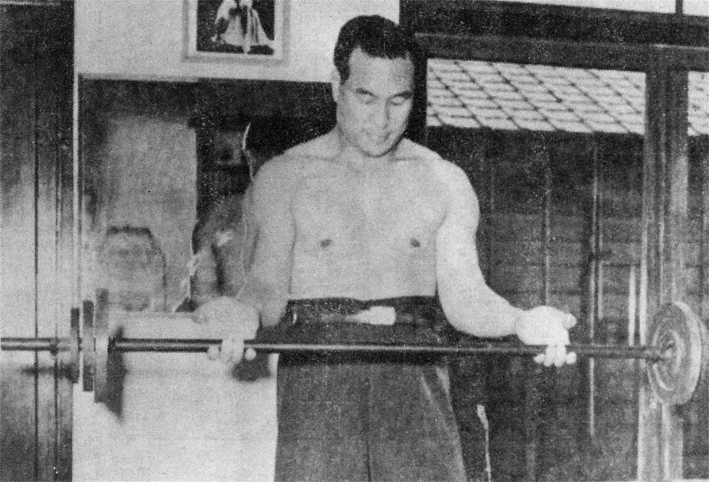 With everyone in most parts of the world in quarantine and self-isolation, people are looking for inspiration everywhere to train. Separated from the dojo many are lost, and looking to online classes, trainers, methods, and inspiration. Feeling anxious by what is happening, and confused with what to do at home.

As Kyokushin students, we should draw our inspiration from the founder, Sosai Mas Oyama, who didn’t do a few of weeks of self-isolation in his quest to develop Kyokushin. He did years!

In 1946, Masutatsu Oyama met Eiji Yoshikawa, the author of the novel Musashi, which was based on the life and exploits of Japan’s most famous Samurai, Miyamoto Musashi. Thanks to this book and the writer, Mas Oyama begins to understand the profound meanings of the Samurai Bushido Code, and ultimately shaped his own philosophy on martial arts.

Influenced by Nei-chu So, his friend and Sensei in Goju-ru, and the writing of Yoshikawa, Mas Oyama decided to withdraw from social life and live in solitude for a period of 3 years and dedicate his time completely to the intense training of body and mind, as Musashi did in his lifetime. Oyama would travel to Minobu mountain, the same place where Musashi created Nito-ryu kenjitsu, in the Chiba Prefecture. Mas Oyama was only 23 years old at the time. In his opinion, this would be the perfect place to start his severe training of body and mind that he had planned for himself. He set off, a student name Yashiro accompanied him, and assisted by a friend who provided them with the monthly food supplies, they went to the wilderness to train.

The relative solitude was strongly felt, and after 6 months, Yashiro secretly fled during the night. It became even harder for Oyama, who wanted more than ever to return to civilization. So Nei Chu wrote to him that he should shave off an eyebrow in order to get rid of the urge. Surely he wouldn’t want anyone in public to see him that way! This and other more moving words convinced Oyama to continue, and he resolved to become the most powerful karate-ka in Japan.

After 14 months of training, his sponsor and friend sent a message to Oyama that he could no longer help him with his monthly food supplies. Due to this Oyama stopped his training and returned to civilization.

A few months later, in 1947, Mas Oyama participated in the Karate division of the “1st Japanese National Martial Arts Championships” after WWII and won. After this victory, Oyama decided to dedicate the rest of his life to karate and again return to the wilderness for training. This time he went to the Kiyozumi Mountain, also in the prefecture of Chiba. According to Oyama, his training was very intense and rigorous. Training for about 12 hours a day:

Practicing techniques and meditating under freezing cold waterfalls
Jumping over bushes and boulders repeatedly
Using trees and rocks as makiwara boards to condition the bones in his hands, arms, legs and feet
Running up steep slopes
Lifting heavy rocks as strength training
He would rise at five in the morning and once his training was done, would read extensively from martial arts manuals and from Zen Buddhist texts other philosophies. He would finish the day with contemplative meditation; it was here that he began to develop the ideas that would form his own style, Kyokushin karate, and where he first though of the idea of testing his abilities by fighting a bull.

During these 18 months of rough and intense training, Mas Oyama had combined the most effective techniques of the different systems he had studied and made up his own unique style. After this time he returned back to society as a completely different man. Mentally, Physically and Spiritually. Mas Oyama returned to civilization fully confident in himself and able to take control of his life.

So, when you are feeling despair at home, because you are isolated and don’t have your usual training tools, think about what the founder of Kyokushin Karate, Sosai Mas Oyama endured. Draw inspiration from his journey, and what he sacrificed to give us Kyokushin. Through this draw inspiration internally. Look inside for the answers you’re seeking. Draw on your training and use this time to further define your warrior mindset and the foundation of Kyokushin. Perseverance.