Vitaly Ishakhneli: “On the eve of the tournament my mood is always excellent” 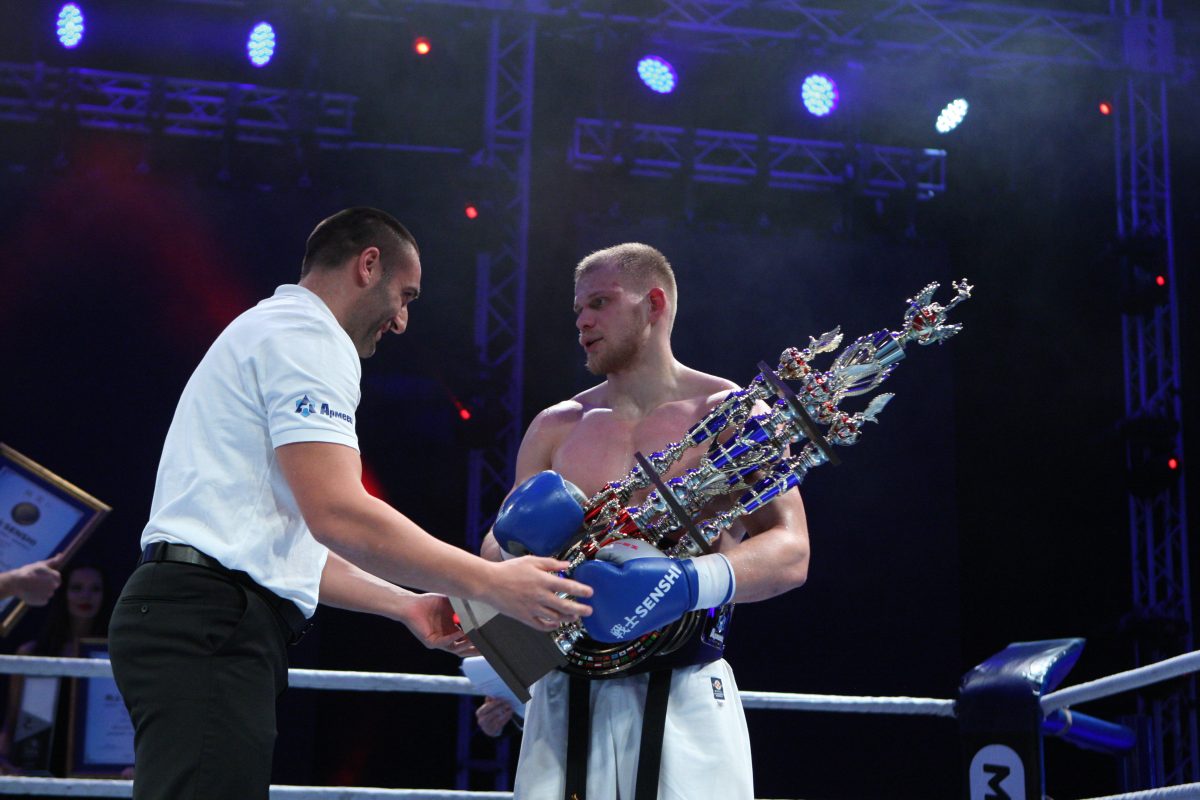 On November 13, 2020, as part of the 12th Battle of Champions, a duel between Vitaly Ishakhneli and Evgeny Shalomanov will take place. Vitaly is already in Moscow, and SuperKarate.ru was able to ask him a few questions about the upcoming event.

– Vitaly, how is your mood before the Battle of Champions?
– Great. On the eve of the tournament, my mood is always excellent. It is much more important what the mood will be before the fight, and I will find out very soon.

– How is the preparation going? Have you watched a video of your opponent’s fights?
– Preparation is difficult. There are a lot of difficulties in connection with the epidemiological situation, which, in the end, had to be reconciled. For the last month, the emphasis has been on paw work in pairs whenever possible.
Yes, I watched the video, but to be honest, rather out of curiosity, because for all the time I have not learned how to work with video and draw proper conclusions after watching. Although, of course, I received valuable advice from the coach.
– What is your strong point in the upcoming fight?
– I think it will be feet on different body levels. But it is not enough just to have a “weapon”, you need to be able to use it competently. This will be the main task.

– Vitaly, you fought according to the Senshi rules, now a fight according to the K-1 rules at the Battle of Champions. What are your future plans? Will we see you again at Kyokushin tournaments?
– You know, having heard such questions, I involuntarily recall a good saying: “If you want to make God laugh, tell him about your plans.” Indeed, during this year, the plans that I made have changed almost every month. Moreover, in all spheres of life, not only in sports. Therefore, now, I want to fight well, then return to work, and then we will see. In any case, I do not think to finish performing in Kyokushin.

– If there was an opportunity, with whom would you like to spar from the famous Kyokushin members, according to what rules and why?
– Oh, there are many. From IFK, this is Artem Nazaretyan, in my opinion, one of the most talented athletes in our organization. From WKO Ilya Yakovlev and Nazar Nasirov, both interesting and unconventional fighters. From IKO – Alexander Eremenko, Andrey Luzin, Igor Zagainov, each has an individual style that helps them to win. This is, of course, not a complete list. I have never fought with any of them either in competitions or in training sparring. So it would be very interesting to me. Of course, according to the Kyokushin rules.