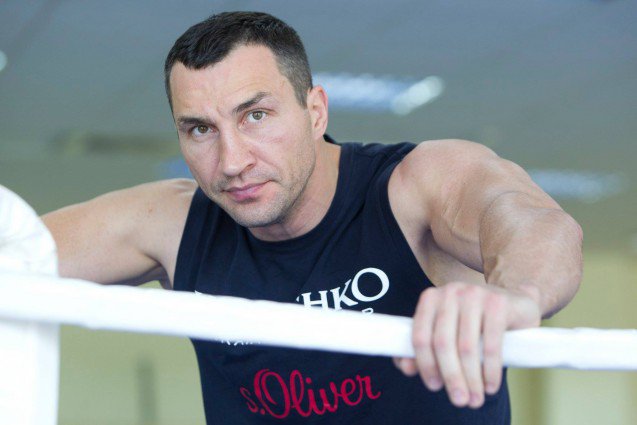 One of the issues facing authorities around the globe is a shortage of accommodation for doctors and medical personnel, many of whom are not able to return to their own homes as they need to stay close to the buildings in which they work.

With many hospitals already overstretched, Chelsea owner Roman Abramovich and former Manchester United full-back, Gary Neville announced earlier this week that they would be turning over their own hotel premises in order to provide much-needed facilities.

Former unified world heavyweight champion Wladimir Klitschko has now joined the effort, opening the doors of his own property to help ease the strain on medics in his native Ukraine.

TalkSPORT’s Michael Benson tweeted to confirm that the 43-year-old would be offering rooms in his central Kyiv hotel and included an image of a Linkedin post in which Klitschko extended his offer.

In his post, Klitschko – who retired from the ring following a stoppage loss to Anthony Joshua in April 2017 – called upon the world to unite as one against the threat of Covid-19.

“What we are facing today is much more than a challenge, we are confronted with a historic task that CAN be mastered, “if” we work together on a shared goal and support each other,” suggested Klitschko.

“It depends on each and every one of us, our responsibility, our involvement and our sense of dignity, how quickly we can get past this situation?”

“Wladimir #Klitschko, Ruslan Oleksenko andDEOL Partners are honoured in doing their part to accommodate doctors and medical staff in Kyiv’s centre. We feel the need to do whatever we can to give back to these medical professionals, true heroes.

“These folks are on the front lines, putting their lives, and own health ahead of ours, we can never forget.”

Klitschko then closed his statement by thanking all the medical professionals who are continuing to battle the outbreak.

“Our doors and hearts are open to those who are fighting the virus on a day-to-day basis. Each of them are saving lives daily, forever grateful. Thank you.”