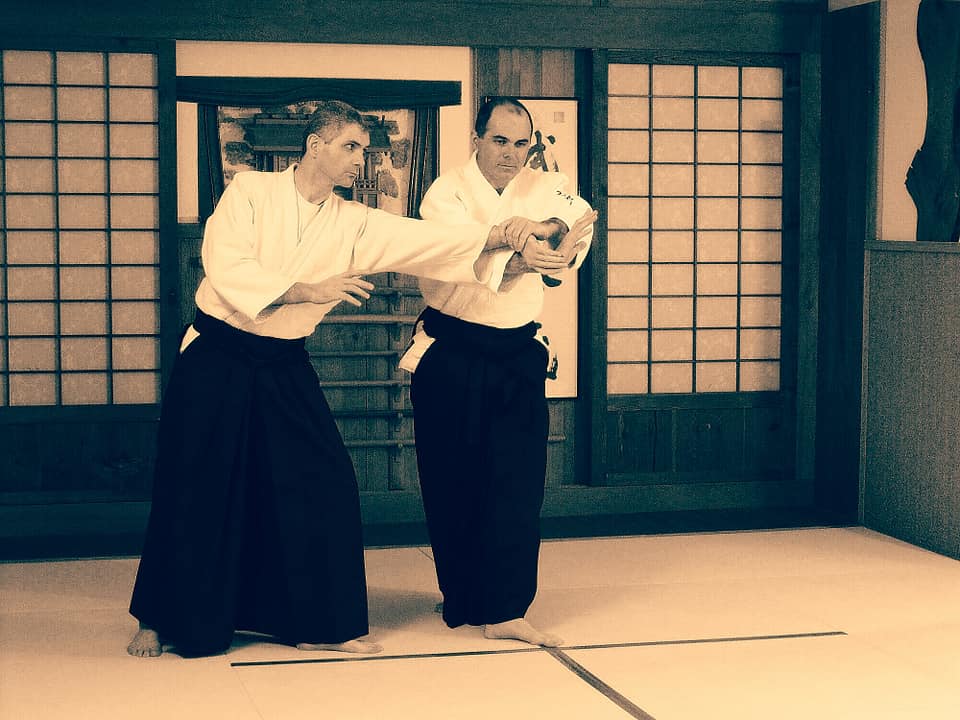 At that time there were often people who went to the dojo to challenge them, but never when O’Sensei was there.

Bansen Tanaka stated that he was never beaten by anyone because he felt a great responsibilty for his dojo, and O’Sensei told him…

“Never to give a visitor a chance to attack ”

O-Sensei developed Aikido from his combat studies of Daito-ryu Aikijujutsu with Sokaku Takeda, and his spiritual studies with Omoto Kyo and Onisaburi Deguchi.

Around 1960 the number of students began to increase rapidly. Including school clubs he had about 48 dojos, many of them in Kyoto. Tanaka didn’t teach at all of them and had trained instructors.

Many of his Aikido movements were circular, and focused on spiral movements with the hips kept low, which he said was most important. Bansen Tanaka, remained the chief instructor of the Osaka Aikikai Dojo until his death in 1988.